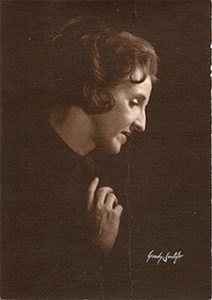 In 1955, Miss Jan Collum founded The Jan Collum School of Classical Ballet and The Concert Ballet Group of Tacoma. The School to impart excellent classical ballet instruction, and the Company to perform classical ballets with a stellar standard of excellence and professionalism. The Concert Ballet Group of Tacoma began with six Company Dancers who soon blossomed into thirty. By 1965, The Concert Ballet Group of Tacoma was renamed BALLETACOMA and established as a 501(c)(3) Non-Profit Corporation. BALLETACOMA, under the Artistic Direction of Miss Jan Collum, forged a local, regional, and national reputation for excellence in classical ballet instruction and performance for the next thirty years. In 1995, BALLETACOMA was re-christened Tacoma City Ballet which combined both the School and the Company under a single 501(c)(3) Non-Profit Corporation. Since 1955, The Concert Ballet Group of Tacoma, BALLETACOMA, and Tacoma City Ballet have presented an annual performance season in Tacoma, as well as touring productions to other regional cities. With the opening of the Pantages Theater in 1983, Miss Jan Collum realized her ultimate dream and established a tradition of producing an annual performance season in a professional theater with a live professional orchestra. This tradition has continued from 1983 to the present. Tacoma City Ballet has resided in the beautiful Merlino Art Center since 1983, and recently created The Jan Collum Ballroom Theater, a fully equipped black box theater in the Merlino Art Center, to host community performances. In this majestic historic building that is one of the jewels in Tacoma’s architectural crown, Tacoma City Ballet studies, rehearses, and performs the art of classical ballet.